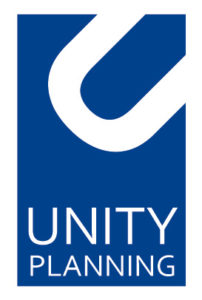 As Amsterdam Smart City launch their initiative to use the heat from data centres a bit of digging around reveals the range of initiatives that could tackle fuel poverty, subsidise the heating of swimming pools and heat greenhouses for food production and research into climate change.

Data Center Knowledge have a catalogue of innovation success stories demonstrating the opportunities that cities could seize upon to improve the lives of citizens.

One particularly exciting project is the data centre under the historic Uspenski Cathedral in Helsinki in the caves under the building provides heat to up to 500 homes via the district heating system. Modern, smart technology meets innovation meets historic building, genius.
Sometimes it’s best to let nature take its course. In many places where the landscape around us is entirely human influenced the role of natural capital and ecosystems is undervalued as a means of overcoming social and environmental challenges. But how do we do this? Accepting that we cannot turn back the clock and restore large areas of the planet to a pre-human state the role of ‘rewilding’ becomes a compelling concept. The temptation is often to manage and tidy up nature, treat our landscapes like a garden, or worse, to quote President Trump, showing a deep understanding of the issues, “I was with the President of Finland and he said we have — much different — we are a forest nation. He called it a forest nation, and they spend a lot of time on raking and cleaning and doing things, and they don’t have any problem. And when it is, it’s a very small problem. So I know everybody’s looking at that to that end.” Much to the amusement of the Finnish People who have embraced the concept of ‘Rake News‘.

On a serious note there are concerted efforts across Europe to Rewild large areas of landscape, protecting scarce areas of wilderness and taking land out of traditional management to being wild places. With projects ranging from ‘wilderness scale’ to localised urban greenspaces this movement is making space for nature, whether large apex consumer species or invertebrates. Rewilding Europe has published a A Vision for a Wilder Europe demonstrating not just the intrinsic value of nature but also the sound underpinnings of a business case for investment in wilderness.

At a time where climate change adaptation and mitigation is a priority for everyone and the links to wild places and positive mental health and wellbeing the case for nature has never been stronger. Sometimes we have to create the conditions where nature can take over and self-manage, with untidy edges, a degree of danger, and outside of traditional management,  to ultimately do less and achieve more.

Those of you who have heard me speak will have heard of the ‘Croissant Test’. So what am I on about I hear you ask? In simple terms if you can walk from your home to a local bakery, buy a croissa 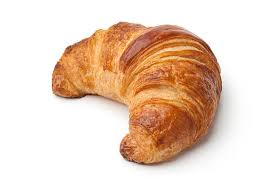 nt and bring it home while it is still warm you are living in a great place. Make sense? This is the essence of a walkable neighbourhood where the things you need are 5-10 minutes walk away, as opposed to another car journey.